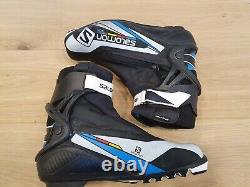 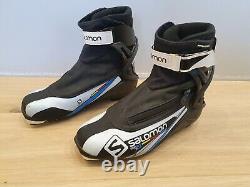 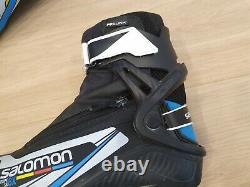 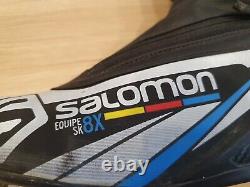 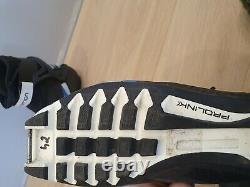 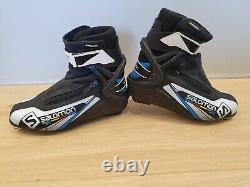 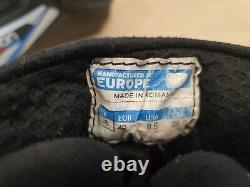 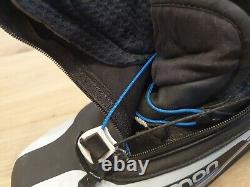 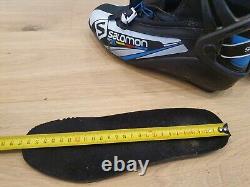 Salomon Equipe 8 Skate Prolink. The Equipe 8 Skate combines Custom fit for superior comfort with an Energizer cuff for powerful yet progressive lateral support. Its a great choice for recreational and sport skiers who want proven performance and value.

NNN boots and NNN BC boots are not compatible with the same bindings! Salomon Nordic System boots come in two different options: Profil and Pilot (the backcountry variant of SNS, X-ADV, was retired in 2015). All SNS boots have a bar at the toe and a single channel along the sole of the boot. SNS Profil boots have one bar, while SNS Pilot boots have two-one at the toe and one at the ball of the foot. SNS Profil and SNS Pilot boots are not compatible with the same bindings! THANK YOU FOR SHOPPING WITH US! The item "Salomon Equipe SK 8X Skate Prolink Cross Country Ski Boots Size EU42 NNN" is in sale since Sunday, February 16, 2020. This item is in the category "Sport\Wintersport\Skifahren, Snowboarden & Schneeschuhwandern\Schuhe & Boots\Herren Schuhe & Boots".