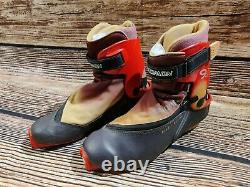 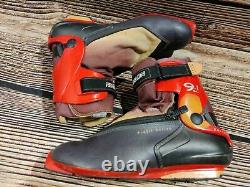 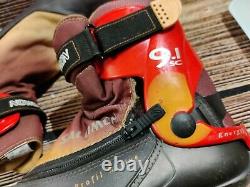 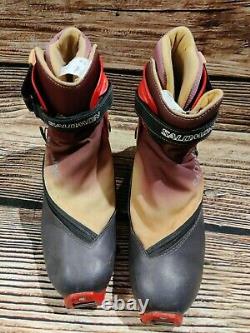 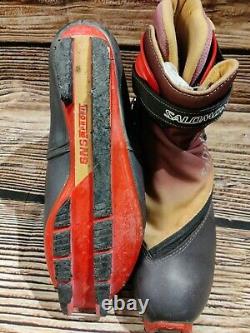 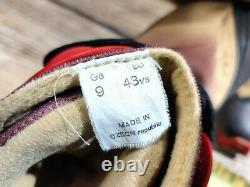 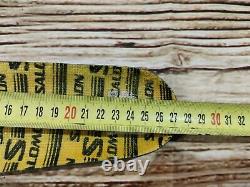 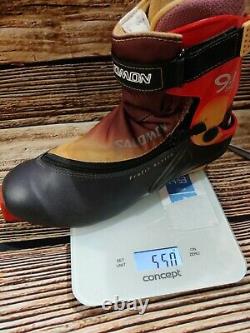 Boots are the most obviously distinctive family of nordic ski boots. They have a 75mm wide "duck bill" at the front of the boot, with three holes on the bottom of the bill that line up with the pins on their appropriate binding. New Nordic Norm boots, come in both BC (backcountry) and non-BC styles. NNN boots have a single bar at the toe and two channels that line up with corresponding ridges on the binding. NNN BC boots have the same configuration, but with a thicker bar and wider, deeper channels. NNN boots and NNN BC boots are not compatible with the same bindings! Salomon Nordic System boots come in two different options: Profil and Pilot (the backcountry variant of SNS, X-ADV, was retired in 2015). All SNS boots have a bar at the toe and a single channel along the sole of the boot. SNS Profil boots have one bar, while SNS Pilot boots have two-one at the toe and one at the ball of the foot.

The item "SALOMON 9.1 SC Nordic Cross Country Ski Boots Size EU43 1/3 SNS Profil" is in sale since Friday, January 15, 2021. This item is in the category "Sport\Wintersport\Skifahren, Snowboarden & Schneeschuhwandern\Schuhe & Boots\Herren Schuhe & Boots". The seller is "mustgetit" and is located in Vilnius. This item can be shipped worldwide.